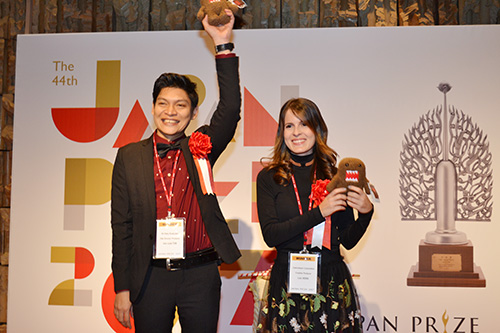 The winners of the JAPAN PRIZE 2017, an International contest for educational media, were announced and awarded in Tokyo on October 18. In the TV Proposal Division, the Hoso Bunka Foundation Prize for the best proposal was awarded to “A Letter to Jejara” by PS Films Production, Myanmar selected from 5 finalists out of 43 entries from 22 countries/regions.

The TV Proposal Division is intended to support the realization of ideas for educational TV programs in countries/regions with limited budgets and technical facilities. The winner receives a cash prize of US $10,000 and is required to produce and broadcast the proposed program within the year following receipt of the prize.

This year’s award-winning proposal is to create a documentary film on a 14-year-old Buddhist nun from a region considered among the most uneducated and backward in Myanmar, who has a desire to go to university of medicine and become the first ever Buddhist nun doctor in the country. This story urges the audience to question the limited access to education for children who are all supposed to be born equal.

At the awards ceremony, Mr. Sein Lyan Tun received the trophy on behalf of the production house from President of the Hoso Bunka Foundation, Dr. Yasuharu Suematsu. Mr. Tun expressed his appreciation on the stage by saying, “It has been very difficult to make a film working with a lot of nuns and with the government. Now I feel it’s not just me who believes in changing the education. Everyone here in this room believes in me and what I’m doing”.

According to Mr. Tun, “Jejara” is Myanmar’s ethnic term that describes a person who wishes to live in peace and has an ambition to do something. While studying and being engaged in children’s education professionally for many years, he has always thought about the need to change the education system in his country, so that all children would be able to strive for their dreams and create their own future.

It’s an intractably hard job to do alone, but in 2015, when he had a chance to screen his first documentary at an international film festival, he realized that screening documentaries and films was very effective as a means to raise public awareness to the social issues such as education. That experience led him to start learning film production even more enthusiastically.

During the Japan Prize week from October 11 through 18, the five finalists that had passed the preliminary selection were required to go through a workshop in Tokyo organized by the JAPAN PRIZE and learn how to make an effective presentation of their proposals before making a final pitch to the jury that would decide the winner.

During the final selection session, Ms. Novera Nikkon (Bangladesh), the winner of the 2016 Hoso Bunka Foundation Prize screened her team’s finished film “The Girls are not Brides”. 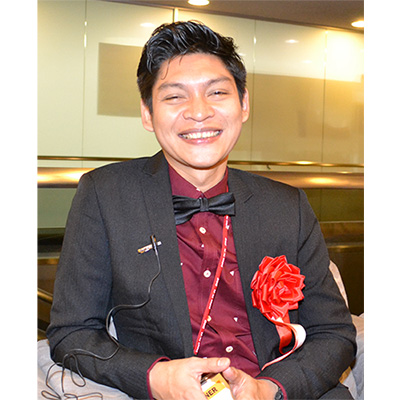 Q) What does “Jejara” mean in the title “A Letter to Jejara”?
A）”Jejara” is an ethnic language that comes from part of Myanmar. It means a lot of people would like to stay in peace, and they have an ambition to do something. So I gave the name to every young person. This is a letter to a young person who has a dream, who’s always calm, who has ambition. So this is the title I gave it, “A Letter to Jejara”.

Q) Tell us about the style of this documentary.
A) I’m thinking about two versions. Of course, this is more on the educational aspect, but I think people need to know about the education system in Myanmar first. So maybe I’ll do some research, some footage and some interviews. Of course, this is a documentary based on the character’s emotion, so I’m observing the character as well.

I’m not sure about the TV version. I mean how we can combine to make it attractive to the audience. Maybe I’m shooting more, and I’ll make up more idea to put this education system with the nun and make more interesting parts in the program.

Q) Eaindra, the main character in your story, is now in the monastery school, right?
A) She’s been in Rangoon (Yangon) since she was five. Before five, she was staying in a village in a mountain. Now she is 14 or 15. She is in 8th grade. We call it a secondary school level. Ninth grade, 10th grade is a higher education level. In monastic education, she can study just at the secondary level. They don’t have any more high level in the monastery education. So she and her friends want to go to upper education level. Otherwise she has to study in the monastery on her own.

Q) What are your plans for broadcast or spreading out the film?
A) As I told you, I’ll make two versions. So I can screen it in my country and also do TV broadcasting. Also, we’re doing the Traveling Film Festival by Human Rights Watch, and at school festivals, we will go around schools and screening it there. In addition, I can work with all the NGOs and nonprofit organizations that are working for women’s rights and education.

Q) How did you start your career as a documentary maker?
A) I started making a film in 2014. My very first documentary was screened at a Human Rights International Film Festival in 2015, and that started my career. I started developing my project, traveling, making more progress.

Working as a director is my ambition and hobby. I’m doing education programs because I used to work in education. So when I think about the process approach, I can say what is my desire, why I’m good at this, because my profession is education. So putting this education tools together with the media, I understand how I should make the film. That made me start making documentaries for educational purposes.

Q) You look young, but we believe you pursued your career even before 2015.
A) I went to Cypress and learned media and design. After I came back to Singapore, I worked at a Singapore organization. Mostly I worked for secondary school and primary school students to do the counseling work and planning their workshop. I worked almost 4 years before I went back to Myanmar.

Q) Before this ceremony, you participated in the Japan Prize workshop. What kind of advice did the teacher give you? What encouragement and inspiration did you get from other people?
A) The way Mr. Imamura (teacher) gave me the vision about education, and the way I see from other people to win this kind of proposal, now I get more idea. Of course I learned how other finalists are trying to do this in different countries. In education, we try to do it in different ideas, different perspective, different content to educate people, and this is very connected to my country. That’s why it’s a very big opportunity.

As for the presentation, I was advised being eager to do something is very important, not just about winning the prize. It’s about what you really want to do inside. Just your impression. Tell them what is your position in what you are doing. I really thank Imamura-san.

Q) Going back to Eaindra, how would you like her to be in the future?
A) Well, it’s not my future. It’s her future, which means she can handle it whatever she is. She is the future. So I think she will make the decision. I’ll just follow her. She is very determined. She is a strong girl. She will make a good decision. I’m not going to get involved in her life. I’m not going to give something, what she wants. That’s beyond that.

Q) Do you think she is going to make it because the situation is rather tough?
A) We’ll see. Even if she cannot make it, she can be someone in the future. That’s what I believe in. It’s not about your dream and what you become. If you have a dream, you become stronger and stronger. This is my message to everybody. That is my hope for everybody.

Q) That’s very good. Thank you very much.
A) Thank you.